Necropolis and christian basilica of Pianabella

Pianabella is a 50 hectares parcel of land not far from the Ostia Antica modern cemetery. It sits along via di Pianabella, between Ostia Antica, its marshes, the canal, and the sea. Now characterized by five parallel humps, which probably trace over old cemetery paths, this area was assigned to intensive burial plots in Roman times, used until the 4th century AD.

The importance of this burial ground is testified by various finds discovered, such as an elegant sarcophagus with Centauromachy decoration (first half of the 2nd century AD, now at Ostia Antica Museum), and an imperial age burial complex with urns and sarcophagi and a columbarium (so-called because of its resemblance to a dovecote, lat. columba). This was a sort of collective interment (tomb burial), a construction above or below the ground, with walls honeycombed with small rectangular or apsed niches holding the urns (containing the ashes of the deceased) or bodies. Also present were other types of burials such as sarcophagi, “fossae” (pit-graves), and “cappuccina” tombs (tiles arranged in the shape of a gabled roof covering the length of the body). 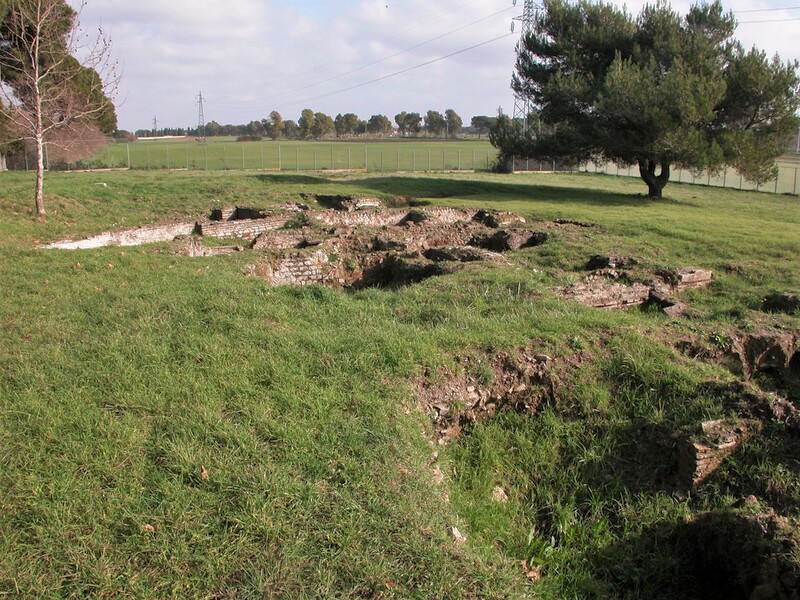 View of the Necropolis of Pianabella

Between the 4th-5th centuries AD part of the Pianabella Necropolis was cleared to build a Christian Basilica, accessible through a path between the fourth and fifth hump.

The Basilica was excavated in 1976 and reburied immediately after for conservation purposes. Probably the most important structure of Ostia’s outskirts, it was flanked by a basoli-road (large flat paving basalt stones), and consisted of a single hall with an apse, whose entrance was preceded by a porch.

Inside the church in line with the presbytery (sanctuary) a funerary enclosure was built, with hundreds of tombs arranged in parallel rows and different levels (lat. formae).

The Basilica’s funerary purpose is evident until the 9th century AD when, after the necropolis abandonment, religious activities were moved to St. Aurea Church inside Ostia Antica Hamlet. 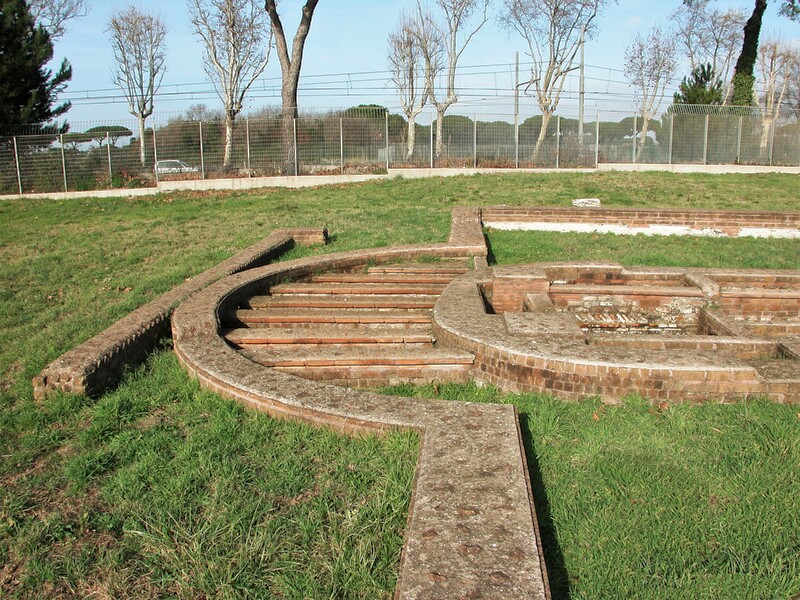 Apse of the Christian Basilica of Pianabella