The Central Area and the Official Complexes 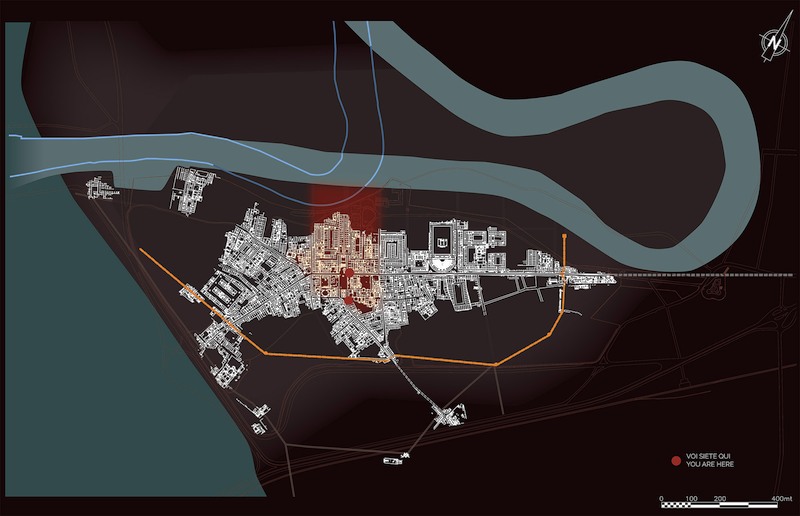 At the centre of this district lies the Forum square: located where the Cardo and the Decumanus cross, it played a central role in the civic and religious life of the city from the foundation of the castrum (4th century BC).

It was only at the start of the Imperial period that this area took on the shape of a true Forum, consisting of a large central square with the city’s main religious and public buildings arranged around it.

Already in this period, the north side of the Forum was occupied by the Capitolium, dedicated to Jupiter, Juno and Minerva, and the south side by the Temple of Roma and Augustus. The west side was bounded by the Basilica, used for the administration of justice, and the east side by the imposing public complex of the Terme del Foro.

The square was monumentalized in the Hadrianic period, in around AD 120, with the renovation of the Capitolium and the addition of porticoes on the long sides; the open central space was gradually occupied by honorary statues of magistrates and public figures.

The district also hosted other important sanctuaries, among which the Republican Sacred Area of Via della Foce stood out for antiquity and importance, alongside craftworking and commercial establishments (the Molino del Silvano, the Thermopolium of Via di Diana and Caseggiato del Larario), and warehouses (Horrea Epagathiana). 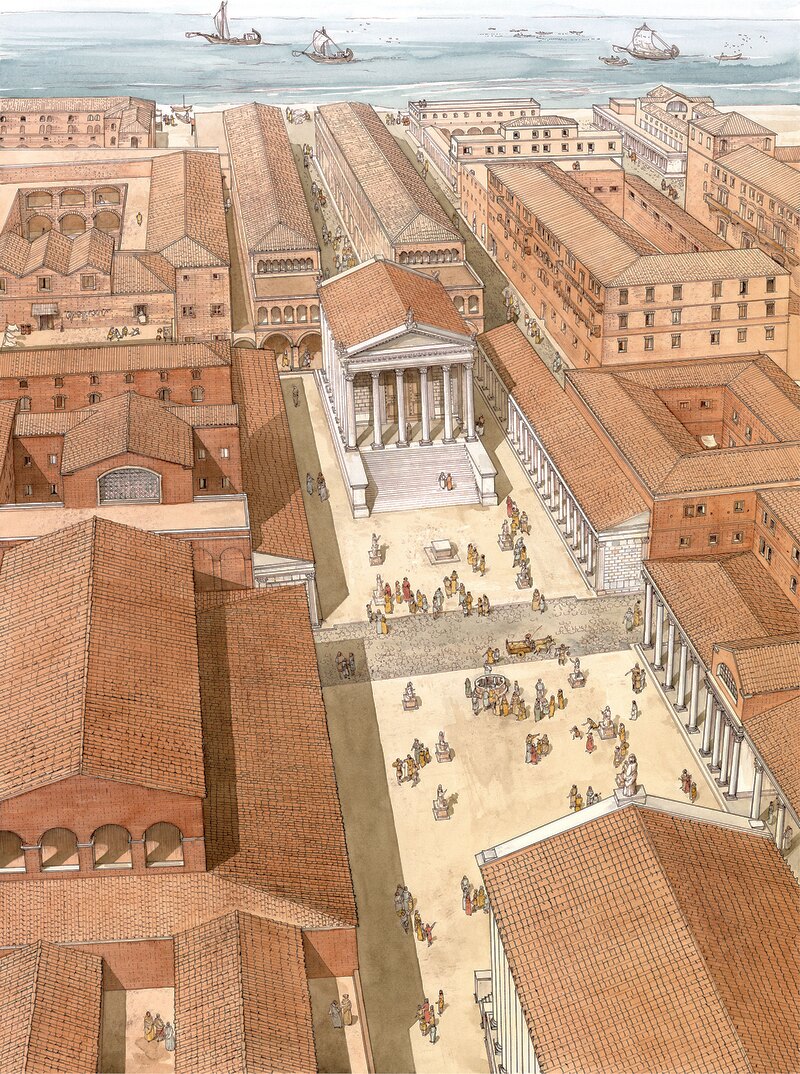 The Central Area and the Official Complexesnext