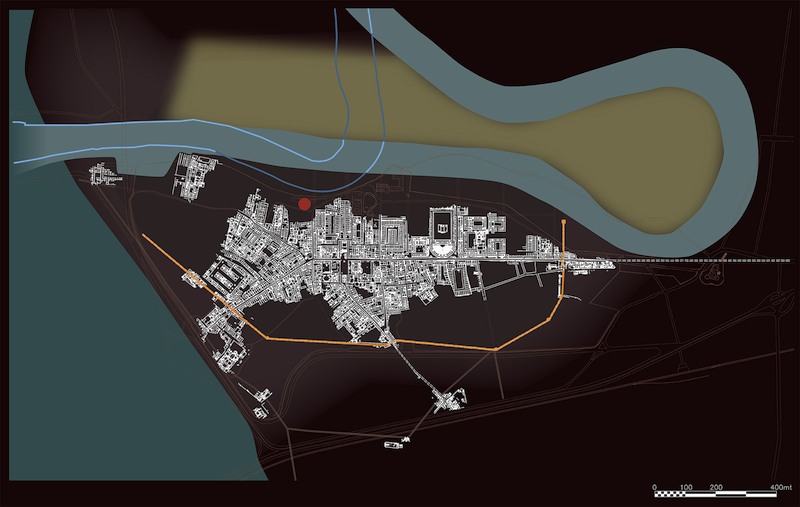 This is the name given to the large area of land facing ancient Ostia on the right-hand bank of the Tiber. In antiquity, all of this territory belonged to the Isola Sacra area.

However, it now partially adjoins the excavations because, following the disastrous flood of 1557, the bend in the Tiber moved further west. 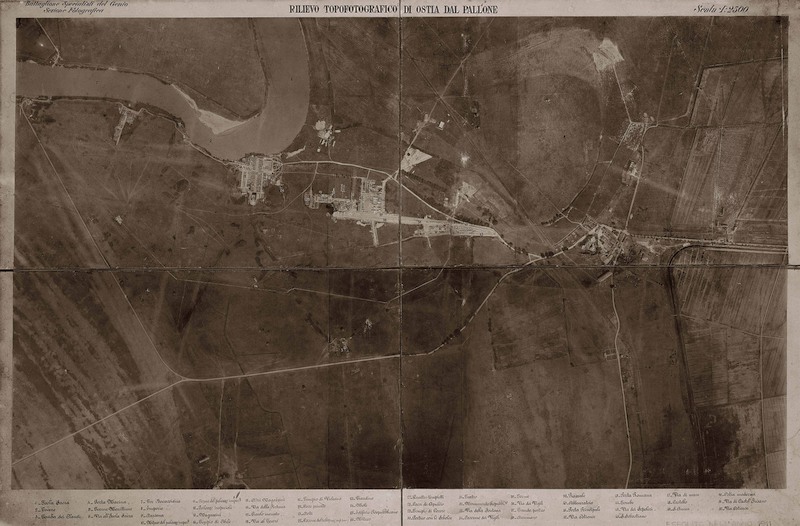 Photographic topographical recording of Ostia from a balloon (1911)

The urbanization of Ostia’s ‘Trastevere’ which was an integral part of the city in the Imperial period, dates back to at least the start of the 1st century AD, as attested by the presence of boundary stones marking the riverside and dating to the time of the emperor Tiberius (AD 14-37).

Research in this area has made it possible to reconstruct a dense urban fabric, within which warehouses and structures linked to trade alternated with residential and bath buildings.

Recent geophysical studies have suggested the presence of a wall circuit enclosing the district on the northern side, but in the absence of excavations it is impossible to determine its date.