The Residential Districts of the Upper-Middle Class 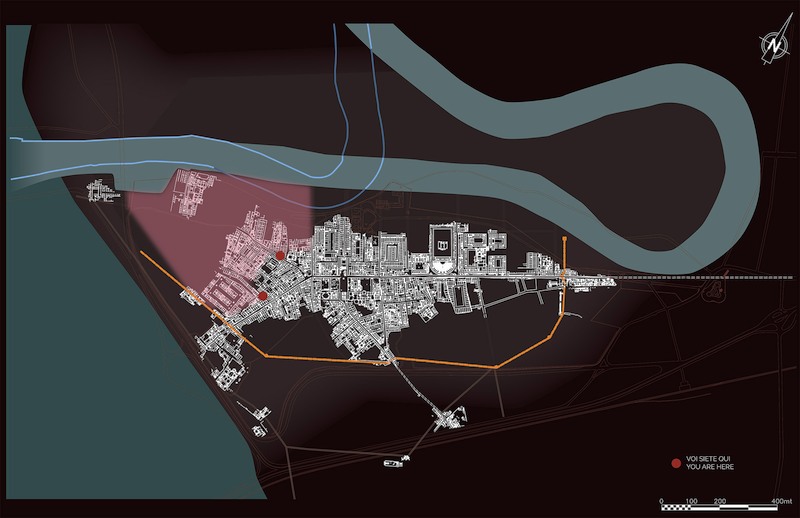 At the start of the 2nd century AD, during the Trajanic and above all the Hadrianic period, the western part of the city took on a prevalently residential function. Large multi-storey residential complexes were built here, with apartments and shops along the front, sometimes directly connected to baths, as in the case of the Caseggiato del Serapide and of the Caseggiato degli Aurighi, which formed a single compound with the Terme dei Sette Sapienti.

The elaborate and unitary layout of some building blocks has suggested the existence of a genuine “planning document”, as in the case of the Casette Tipo and above all of the Case a Giardino, which occupied a vast area: here residential buildings were arranged symmetrically on all four sides, with a garden courtyard at the centre.

This district, not far from the city centre and near the ancient beach, was much appreciated by the upper-middle class, made up of entrepreneurs, administrators and functionaries working in Ostia.

As in the other districts of the city, this area also hosted cult buildings and utilitarian complexes (horrea). 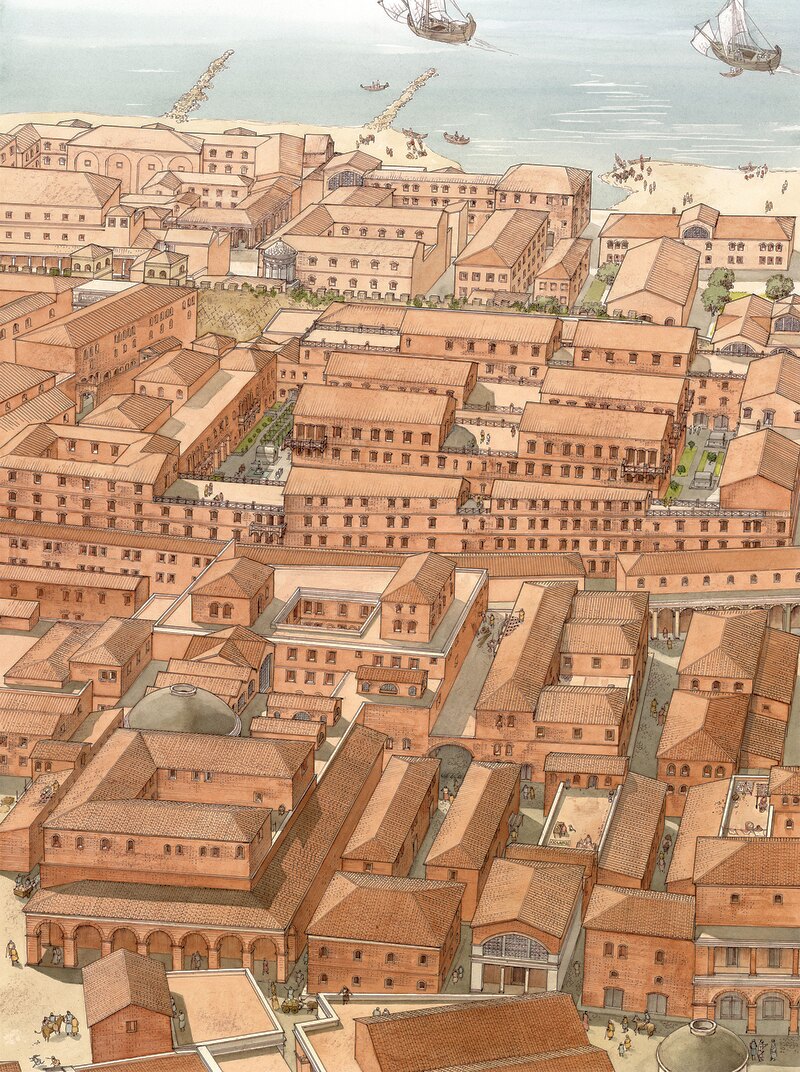 The Residential Districts of the Upper-Middle Classnext