Museum of the Roman ships from Fiumicino

Between 1958 and 1965, during the construction of the Leonardo Da Vinci international airport seven hulls of Roman ships were unearthed, stranded in an original lagoon pertaining to the Harbour of Claudius. It took several  centuries for the 150 hectare wide harbour basin to silt up due to the sedimentation of the Tiber river, and until the construction of the airport there was almost no trace left of the original structures. In order to preserve the fragile wooden remains and display them to the public, the hulls were restored in the ‘60s and in 1979 the Roman Ships Museum was inaugurated in the place of their discovery, in via Alessandro Guidoni.

For the sake of conservation only 5 ships (out of the 7 discovered) were displayed, namely: a fishing boat with a fish farm on the deck, and four naves caudicariae (short-sea shipping boats, which could sail up the Tiber towards Rome). The ships were most likely intentionally sunk at the edge of Claudius’ basin, after the end of their useful life.

In the Museum an exhibition also displayed artifacts discovered during the excavation, which described the numerous activities carried out in the most important Roman harbour. 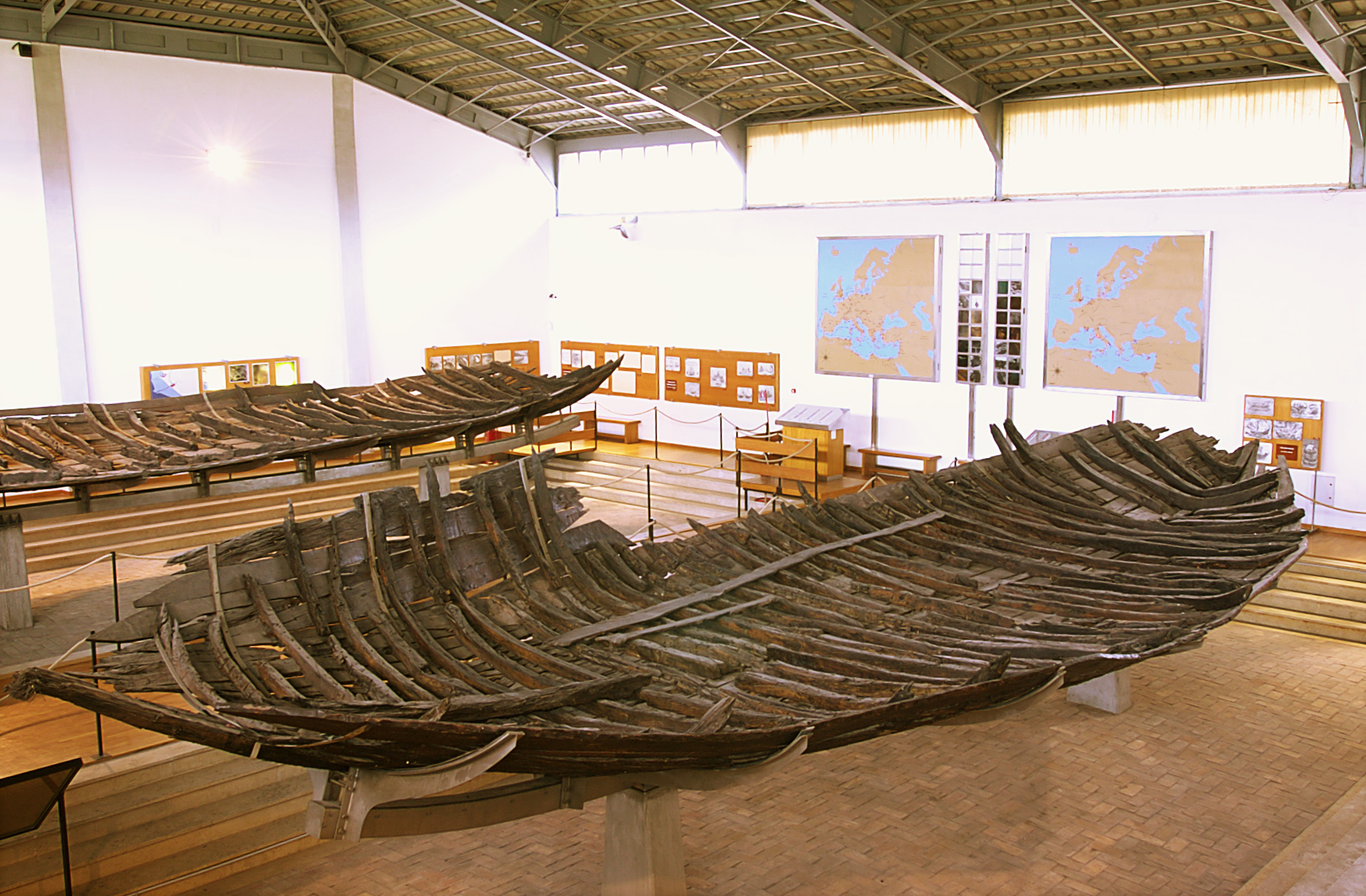 View of the previous outfitting of the Roman ships Museum

Fiumicino Roman Ships Museum, closed since 2002 for structural issues, will be open again soon (by 2021) after a long period of renovation and refurbishment works, in order to ensure the best conservation conditions.